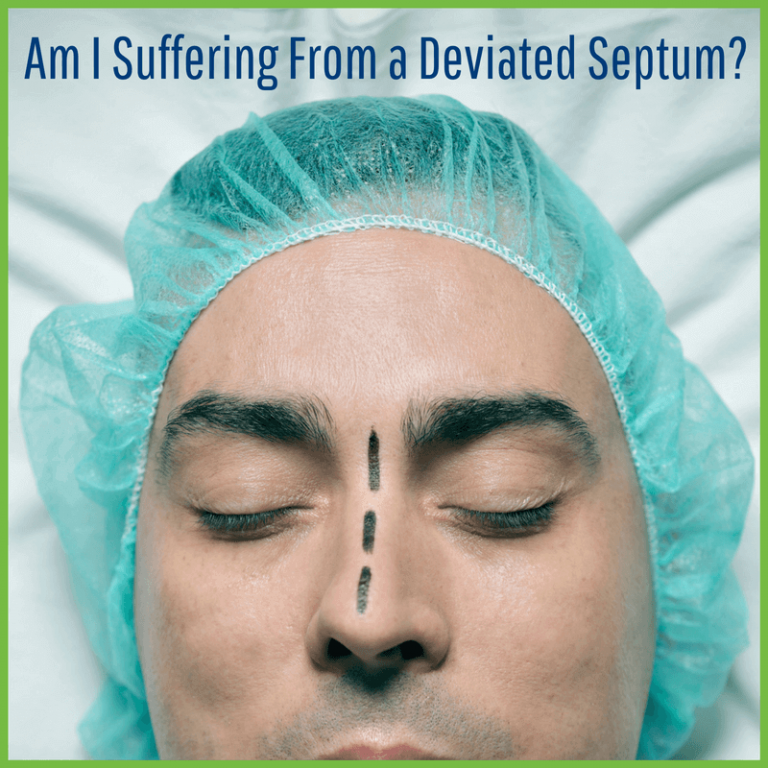 Am I Suffering from a Deviated Septum?

Do you have trouble breathing through your nose? Do you suffer from recurrent sinus infection? Does your snoring interrupt your sleep? If you answered yes to one or more of these questions, you may have a deviated septum.

What is a Deviated Septum?

What are the Symptoms of a Deviated Septum?

The most common symptoms that prompt patients to consult with a rhinologist include nosebleed, recurring sinus infections and a blocked nostril that has not responded to typical treatment.

What Are the Causes?

Normally, a person’s nasal septum stays in the midline until about age seven. Then individuals may develop a deviated septum, where the nasal septum moves from the center of the nasal passages. However, a deviated septum can be caused by a birth defect—where a fetus’s nasal structure develops improperly and the deviation is apparent at when he or she is born.

Additionally, an injury to the nose can also cause a deviated septum, and is common in though who participate in contact sports, rough or active play, or in those who have been in a traumatic accident such as a car crash. With age, an already deviated septum can get worse over time, as the bone thins and the nasal tissues swell.

How is it Diagnosed & Treated?

Long-term deviated septum treatments involve surgical repair and reshaping the nose. During a surgical repair called a septoplasty, a rhinologist straightens the septum and repositions it in the center of the nose. Sometimes a rhinologist may have to also reshape a patient’s nose when trying to correct a deviated septum. This is known as a rhinoplasty and involves the surgeon modifying the bone and cartilage to change the shape or size of the nose.

Each case of a deviated septum is different, which is why it is important to contact us at Houston Advanced Nose & Sinus to get diagnosed and treated.