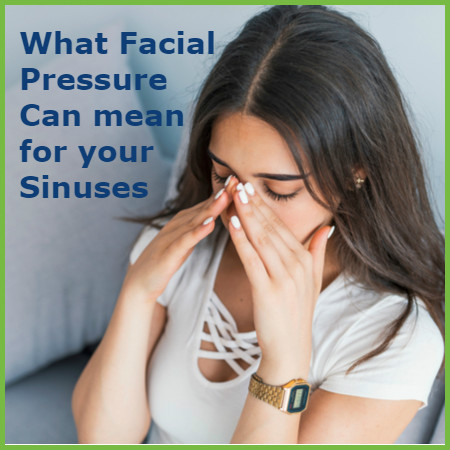 What Facial Pressure Can Mean For Your Sinuses

The constant lingering annoyance of facial pressure and pain associated with it affects tens of millions of Americans every year, many of whom have to deal with this condition chronically. While this facial pressure can be due to a number of different issues, it generally has to do with the sinuses, the hollow cavities in the skull located in the forehead and behind the cheekbones. These areas can become filled with fluid, inflamed or infected, leading to various forms of sinusitis. There are several reasons why this might happen.

The most common sinus-related ailment is allergies, and these afflict tens of millions of Americans. Typical causes include pollen, molds, dusts and weeds, especially in the southeast Texas region. Allergic reactions most often cause the sinuses to fill with fluid and drain through the nose and into the throat, leading to runny noses, sore throats and, sometimes, more severe infections in the throat, nose and sinuses. When this occurs, you’ll probably have to visit your doctor for antibiotics to deal with the infection. For allergies alone, doctors may prescribe medication or, for more severe cases, periodic injections to deal with sinusitis due to allergies. Other remedies, such as acupuncture, have been known to work for some people as well.

The middle of your nose that divides the left and right nostrils is known as the septum. Some people have a septum that is crooked or twisted, and those who have this ailment often suffer from sinus infections on a more regular basis. Surgery is the only way to truly deal with a deviated septum, yet many prefer to have a higher risk of sinus infections rather than having to go under the knife.

Sometimes small non-cancerous growths form inside the nasal or sinus cavities, known as nasal polyps. These growths can form when the sinuses are constantly inflamed due to other ailments, such as allergies or a deviated septum. While many people can live with them without discomfort, sometimes they can cause constant facial pressure or lead to further infection. These polyps are treatable with medication such as corticosteroids administered via a nasal spray. However, if they are severe, surgery may be needed.

Other causes can include sinus mucoceles, which are small pockets of trapped mucus, and tumors, although tumors in the nose and sinuses are rare. Undiagnosed pituitary tumors large enough to cause sinus pressure are also uncommon, but they can happen.